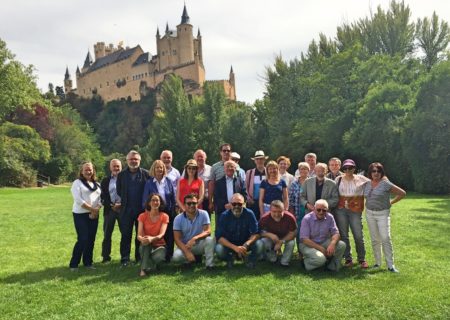 The annual meeting of the European representatives of the Institution of Civil Engineers (ICE) took place in Madrid between 14-17 September 2017. As country representative of the ICE in Austria, DI Dr.techn. Timur Uzunoglu joined the meeting.

A conference on “BIM and Infrastructure” was held on the first day of the meeting. On the second day, the activities of the ICE in Europe were discussed. On the third day a trip to Segovia was organised, a historic city with a magnificent roman aqueduct, castle and cathedral.